No More Heroes 3 Heading To Other Platforms This Fall 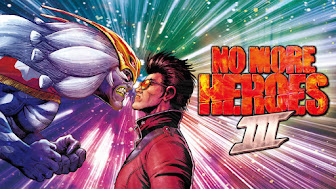 Our favorite otaku assassin returns! Travis Touchdown has been forced out of retirement to defend not only Santa Destroy, but Earth itself! Bring on the beam katana and take on Travis' toughest challenge yet in #NoMoreHeroes3, coming this fall to PS4, PS5, Xbox, and PC! pic.twitter.com/kdEJnonUd5