Nioh Is Getting A Complete Edition In Japan 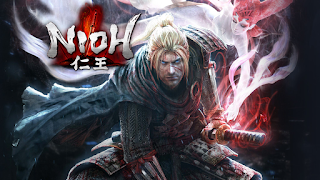 Koei Tecmo has announced that Nioh is getting a complete edition. This will include the game, the DLC Dragon of the North, Defiant Honor, and Bloodshed. The complete edition is currently only announced for Japan, with no word about whether it will make it to the West. Nioh Complete Edition launches digitally on November 7, with a physical release coming a month later on December 7.
Posted by 9To5TechNews at 11:23 PM