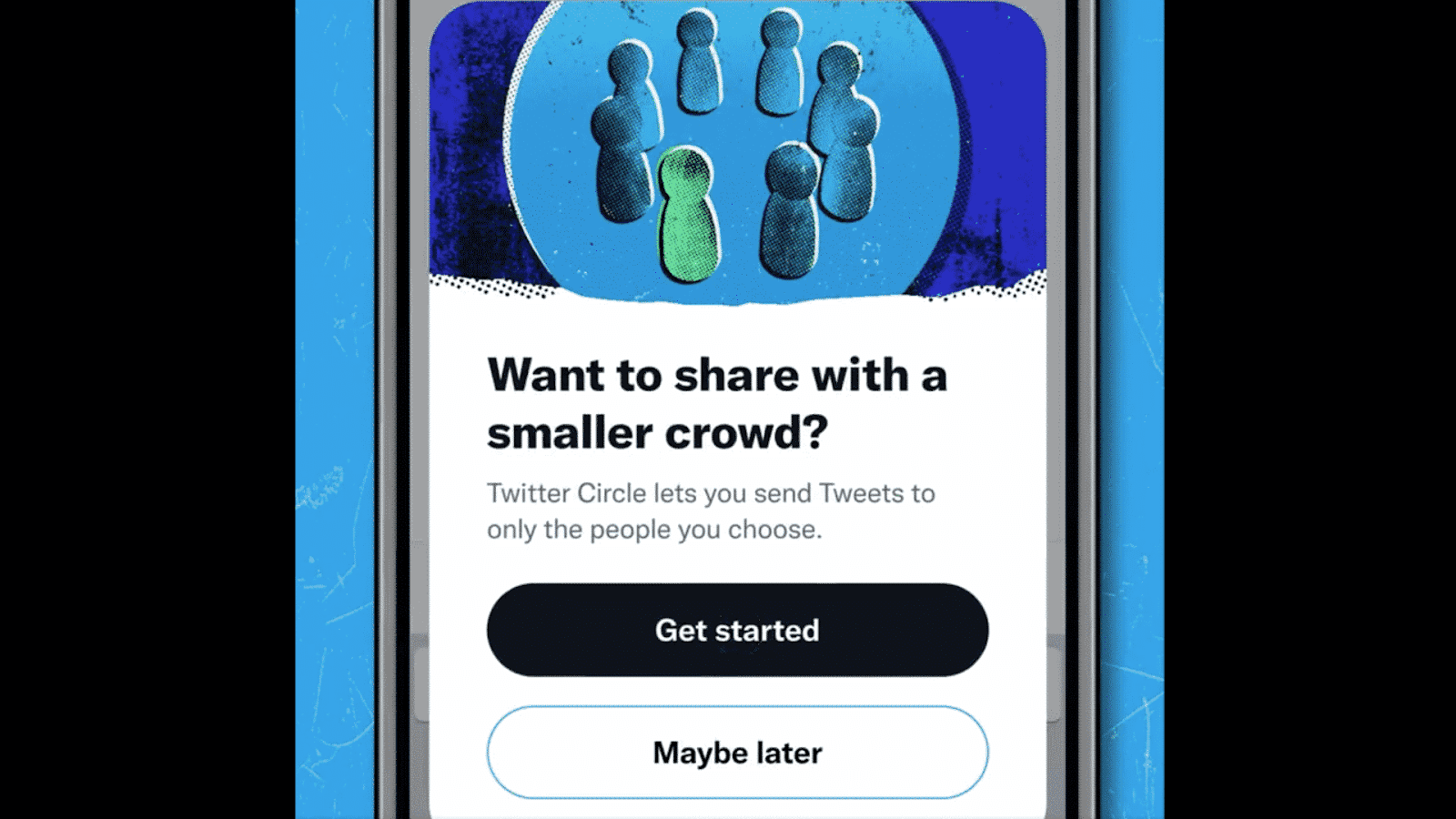 In the future, you may not have to tweet to all of your followers (or the general public). Twitter is developing a "Circle" feature that allows users to limit tweets to up to 150 individuals. It's a not-so-subtle analogue to Instagram's Close Friends – you can seek advice or post a personal occasion without receiving unwanted feedback.

According to the company, Circle is already available to a "small group" of Android, iOS, and web users throughout the world. It's unclear when or if Twitter will broaden the test to a larger audience, but it will most likely depend on responses.

Some Tweets are for everyone & others are just for people you’ve picked.

We’re now testing Twitter Circle, which lets you add up to 150 people who can see your Tweets when you want to share with a smaller crowd.

Some of you can create your own Twitter Circle beginning today! pic.twitter.com/nLaTG8qctp