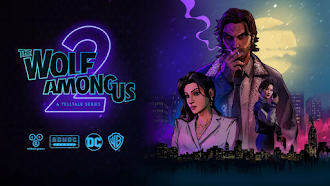 The Wolf Among Us 2's first trailer debuted at a special
livestream hosted by Geoff Keighly, coupled with a 2023 release date. Telltale's designers and voice actors got down with Keighly to discuss what's in store for the long-awaited second season.

The Wolf Among Us 2 is set six months after the first season, but before the events of the Fables comic series on which it is based. Snow White (Erin Yvette), the new deputy mayor supervising a reformed government, has suspended Bigby Wolf (Adam Herrington) from his position as sheriff of Fabletown. Much of the story hinges around Bigby needing to understand his own ideas of good and evil when he meets a New York City detective and accompanies them on a challenging new case, according to Telltale. Returning characters and newcomers, including figures from The Wizard of Oz, such as the Scarecrow and Tin Man, might be expected.

Instead of using Telltale's previous gameplay engine, the game has been recreated in Unreal. Telltale wouldn't disclose much about the gameplay, other than that it will be based on the first season's basis with some new elements. The teaser largely features sequences from Episode 1, with a total of five episodes of The Wolf Among Us. Telltale also stated that the sequel is already in full production after spending the previous two years in pre-production. The Wolf Among Us 2 will be available on PlayStation 5, PlayStation 4, Xbox Series X/S, Xbox One, and PC.