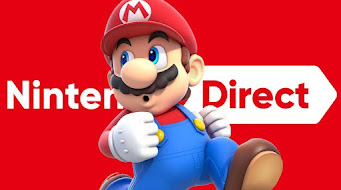 The future for Nintendo Switch players in 2022 and beyond holds so many possibilities! In the latest Nintendo Direct video presentation, Nintendo announced a diverse lineup of new games and content arriving for the Nintendo Switch system throughout this year. Nintendo also shared new details about previously announced games, including when players will be able to get their hands on them.

Get active and get into the game when Nintendo Switch Sports launches on April 29! (Graphic: Business Wire)

The Nintendo Direct featured footage and info about the next games in franchises like:

“Looking at our announced 2022 launch calendar so far, Nintendo Switch players have a nearly back-to-back lineup composed of franchises starring familiar faces, popular favorites and exclusive originals to look forward to. We hope this lineup of games from Nintendo and our development and publishing partners brings smiles to the faces of everyone who owns a Nintendo Switch system, or anyone who’s thinking about picking one up.”

To view the Nintendo Direct video in its entirety, visit https://www.nintendo.com/nintendo-direct/02-09-2022/. Some of the highlights revealed in the video include:

The Nintendo Direct presentation also featured a montage of upcoming Nintendo Switch games, including LEGO Brawls, a fast-paced LEGO take on multiplayer*** platforming launching this summer; Demon Slayer -Kimetsu no Yaiba- The Hinokami Chronicles, an exhilarating arena fighter launching on June 10; Two Point Campus, the campus-building simulation game launching on May 17 with a full courseload of joie de vivre; and Zombie Army 4, a pulse-pounding sequel in the ultimate undead action series, launching for the Nintendo Switch system on April 26.

** Full version of game required to use DLC. Sold separately.

***** Be aware of your surroundings. Wear wrist straps and allow adequate room around you during gameplay.