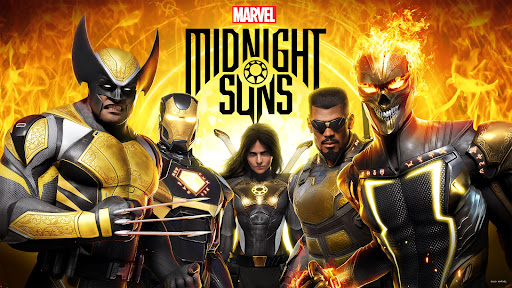 Marvel’s Midnight Suns is coming in March 2022 for PlayStation 4, PlayStation 5, Xbox One, Xbox Series X/S, Nintendo Switch and PC. Some gameplay footage has been released.

Marvel’s Midnight Suns is a tactical role-playing game, that will not have micro-transactions or loot boxes. Each game match starts with an attack on the Sanctum. You’ll have 3 team mates, and each battle will average around 10 to 15 minutes. There are mission types that include “Protection”, “Rescue Targets”, and “Capture VIP”. You play as “The Hunter”, a customizable superhero that, created specifically for this game, has light and dark powers, the former of which include support and health abilities.

As for the cards, there are multiple types, including Basic, Attack and Support, that are included in a deck. At the start of the battle, the deck gets shuffled, and you can change up your deck before each fight. Every hero has their own set of cards, and players will be able to play 3 cards each round. If you kill an enemy with a certain card, that card can enable you to get more cards.

There are even some powerful cards, called “Heroics cards”, that use their own currency resource known as “Heroism”. These can inflict lots of damage and offer bonus effects. For example, Doctor Strange can deal lots of damage to a single enemy and apply a debuff, and Iron Man can get an area-of-effect for everyone on the screen that does a small amount of damage. The game even lets you deal damage by using the environment to your advantage.

As for the heroes, there are a lot, but the footage from IGN showed off some of them. Blade has a damage-per-second card set containing bleed and life-leech cards. Ghost Rider’s card set is a wild card, where attacks can potentially damage himself and his teammates. Captain America has a card set that is damage-per-second and tank. A support card deck, meanwhile, belongs to Doctor Strange.

There is also interactions with characters. You can do that by going to the hub and talking to them. As the character’s friendship with you builds, you will also unlock passive abilities and combos. Eventually, you can max out the character’s friendship with you, and this will allow you to build that character’s midnight suit. Doing so unlocks the hero’s legendary ability, called “The Midnight Sun”. Every hero has one. The gameplay footage can be seen down below.