FaceTime Coming To Android And PC Via A Web Link 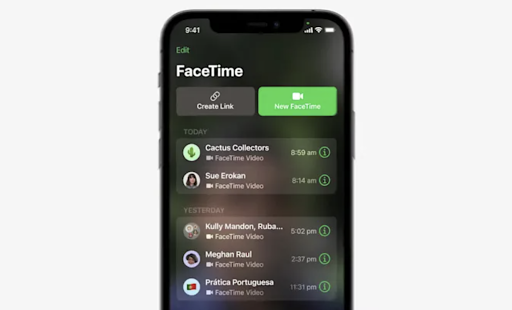 When iOS 15 releases in Fall 2021, it’ll bring some significant upgrades to FaceTime. One of the biggest updates is that
FaceTime will work with Android and Windows 10 PCs thanks to new shareable links Apple will let you send to your friends and family. That same feature will also allow you to schedule calls with your contacts by sending them an invite link ahead of time.

Additionally, there's a feature called "portrait mode" that will blur the background, and an audio toggle that will allow you to decide whether your iPhone's microphone captures just your voice or everything in the background.

Apple is also expanding the scope of FaceTime with a new feature called SharePlay. As the name suggests, SharePlay will allow you and several other people to watch or listen to the same TV show, movie or song simultaneously. iOS 15 launches this fall.