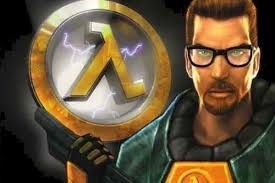 Valve has announced in a new blog post. that every Half-Life game will be free-to play for a limited time so players are ready for Half-Life: Alyx. Users can go to Steam right now and install Half-Life, Half-Life 2, and Half-Life 2: Episode One and Two.

Half-Life: Alyx is set before the events of Half-Life 2 and stars Alyx Vance, a main character in Half-Life 2 and its episodes. Unlike the other games in the series, the game is played entirely in VR.