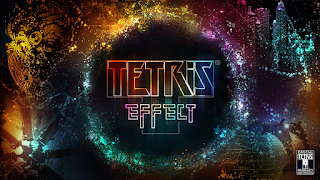 When Tetris Effect was released the game was exclusive to PlayStation 4 / PlayStation VR for all its virtual reality functionality. Now it has been announced that Tetris Effect is coming to PC via the Epic Games Store on July 23.
The PC version of Tetris Effect will support 4K resolution, graphical options that weren't present on the PlayStation 4, support for VR headsets like Vive and Rift, uncapped framerate, and more.
The VR aspect will also have things like adjustable particle size and volume, texture filtering, and other options that Enhance Games will detail later. Check out the PC announcement trailer below.