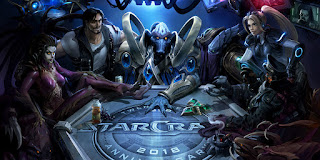 Looks like Blizzard has a thing for cancelling Starcraft games. According to a report from Kotaku, the company was working on another shooter in the Starcraft universe for the last 2 years that they have now seemingly axed. The game was said to be like Battlefield with a Terran player character with the possibility of a Zerg playable character as well. Blizzard cancelled this game because it wants to focus on other projects.
Those projects are reportedly a sequel to Overwatch and Diablo.
It appears that both Diablo 4 and a new Overwatch are being saved for Blizzcon this year to avoid a repeat of the some what of a let down from last year.
A new Overwatch is not surprising, as players have been asking Blizzard for a story mode for the longest time. Kotaku states a new game would focus heavily on a PvE element, which Blizzard already has during Overwatch special events. Thoughts ?