Destiny Getting Free 2 Play Version, Cross Save And Moving To Steam And Google Stadia 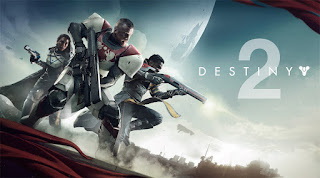 Bungie has revealed that Destiny 2 will be moving from Blizzard's Battle.Net launcher to Steam, and Google's Stadia. The move starts on September 17, and will be available at launch for Stadia.
"Current PC players will be able to bring all of their progress and purchases with them, including their Guardians, their vaults, and all of their progress – at no cost," Bungie says. We'll learn exactly how this migration from Blizzard's launcher to Steam will work at a later date. New players will be able to play free-of-charge with Destiny 2: New Light, a free-to-play version of the game. This version will include the base game's campaign, the Curse of Osiris and Warmind expansions, and the base multiplayer and cooperative modes (crucible, strikes, gambit, and raids). Going forward, seasons will also be standalone. All other Destiny 2 content is also being bundled into one $40 bundle.
Destiny 2 will also be getting cross-save. The feature, Bungie says, "will become available this fall on supported platforms." That sounds kinda vague, but only time will tell to see how this feature works. Last but, not least, there will be no more platform-exclusive content starting in September.