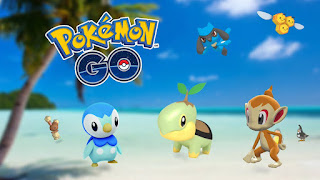 The official Pokemon GO blog has announced a few changes that are coming soon to the mobile game. These changes see the addition of Pokemon originally found in the Sinnoh Region, which is bound to please fans. Here’s the new additions to the Pokemon adventure on mobile:
“Are you ready for a Sinnoh adventure? We’re excited to let you know that in preparation for the arrival of Pokémon originally discovered in the Sinnoh region, we are making two key shifts to the game balance in the coming weeks. These changes are based on Trainer feedback and are designed to promote an improved overall experience.”
Changes to Pokémon Migration and Behavior
As you explore the world of Pokémon GO, the following changes will affect the Pokémon that appear around you:

Changes to Pokémon Effectiveness in Battle
We also wanted to use this opportunity to rebalance in-game battle mechanics. You may notice some of the following changes in the coming weeks: