Hellblade: Senua’s Sacrifice Getting A Physical Release Later This Year 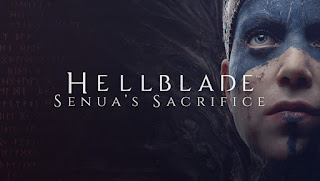 Microsoft and 505 revealed that Hellblade: Senua’s Sacrifice will be available on store shelves later this year.
Developed by Ninja Theory, the developer behind titles like Heavenly Sword and Devil May Cry, Hellblade follows the story of a Celtic warrior battling her inner demons as she ventures into hell to save the soul of her deceased lover. Created with the help of neuroscientists and people who experience psychosis, the game aimed to offer a realistic portrayal of mental illness.
Micosoft will publish Hellblade on Xbox One while 505 will be handling the PS4 edition. Both version will hit store shelves on December 4 for $29.99.