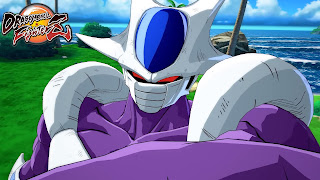 During Evo 2018, the latest Dragon Ball FighterZ content was shown, which included a trailer for the villain Cooler.
Cooler made his first appearance in Dragon Ball Z: Cooler's Revenge. He is the older brother of Frieza and is less arrogant about his power than his younger brother or father.
Cooler is one of the DLC characters that leaked from a datamine shortly after the game's release. So far, the entire list has been accurate, meaning that it is likely that the final DLC character for Dragon Ball FighterZ's first season will be Android 17, Android 18's twin brother.
Dragon Ball FighterZ is currently available on PlayStation 4, Xbox One, and PC. A Nintendo Switch version is releasing on September 28.