Anna, Lei Wulong And The Walking Dead’s Negan Are Coming To Tekken 7

During Evo 2018, Tekken producers Katushiro Harada got on stage to announce the next DLC season of Tekken. The trailer, which you can see below, starts with returning characters Anna and Lei Wulong, and then ends with a teaser reveal of Negan from The Walking Dead. 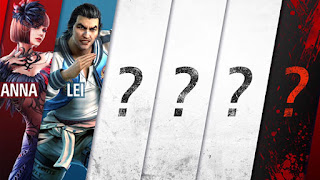 It’s nice to see the return of Anna and Lei Wulong, but to see that Negan is coming to the game has me excited. I know this is a divisive topic in the FGC right now, but as a big The Walking Dead fan I’m interested to see what he bigs to the table.

All of these characters are part of Tekken 7's season two DLC and includes a 3 more returning characters that have yet to be revealed. Tekken 7 is available now on PlayStation 4, Xbox One, and PC.