Twitter Urges All Users To Change Passwords After Internal Bug 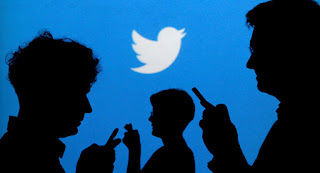 Twitter has announced that a bug allowed users' passwords to be stored internally without being masked. Twitter stores hashed passwords, turning them into random letters and numbers so that no one at the company can see what any user's password is. But a bug caused passwords to be stored within an internal log before the hashing process was complete. Twitter says that it spotted the problem itself and fixed it. But while it claims there has been no evidence that the passwords were misused or that they left the company's systems, Twitter is recommending that everyone change their passwords just to be safe.

In a blog post about the issue, Twitter suggests its users also use a strong password that's not used on other sites, enable two-factor authentication and use a password manager to keep track of unique passwords.


We recently found a bug that stored passwords unmasked in an internal log. We fixed the bug and have no indication of a breach or misuse by anyone. As a precaution, consider changing your password on all services where you’ve used this password. https://t.co/RyEDvQOTaZ
— Twitter Support (@TwitterSupport) May 3, 2018