Rock Band Network Coming To Rock Band 4, But Not In The Way You Think 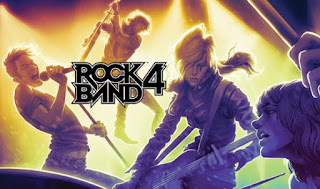 Harmonix announced that they would be bringing back select songs from the Rock Band Network to Rock Band 4 on modern consoles.


The Rock Band Network was conceived as a way to increase the number of songs available to download for Rock Band without massively scaling up development resources. It allowed content creators to author, peer review, and upload their own tracks to the network and get things up faster than if Harmonix were doing it themselves. Creators split the revenue between themselves, Harmonix, and either XBL or PSN.
Rock Band Network is returning to the series with Rock Band 4, but unlike with Rock Band DLC, players are not able to carry over previous purchases to the newer game. Harmonix says that it came down to either having not being able to bring back any songs or starting fresh on purchases.
Players who are hoping for specific RBN songs to come back can request them through the Rock Band Request page.

As a huge Rock band fan, I’m happy to see RBN make a return. Even if it’s not the way I hope it would have. RBN would’ve have made some what of a proper return on Rock Band 4 for PC, but the games Fig campaign didn’t meet its goal. My biggest question out of all of this is how many songs are we getting out of this ? Will this be the top 10 RBN songs ? Or will they just add an RBN song to the 2 weekly released DLC songs ? Thoughts ?

Some Rock Band Network songs are coming to Rock Band 4 as future DLC! Head to https://t.co/Vkj5uCPJNh and submit which YOU'D like to see for sale in RB4! Every vote matters!
— Rock Band (@RockBand) May 7, 2018