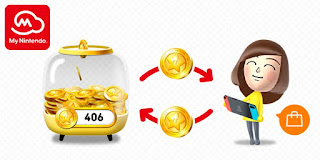 Nintendo has announced that you will soon be able to redeem Gold Points from My Nintendo on the Nintendo eShop for Nintendo Switch games. The new feature won’t go live until March.