Blizzard Announces Classic Servers For World Of Warcraft And Horde Vs. Alliance Expansion 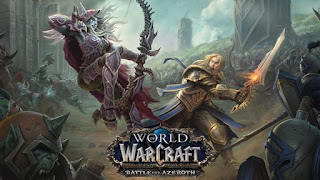 During the Blizzcon 2017 opening ceremony, Blizzard announced a new expansion for World of Warcraft and that they are bringing classic vanilla servers as an option for players. The new expansion titled Battle for Azeroth includes a new continent, Zandalar, along with new dungeons, raids, and uncharted islands. Players are tasked with dominating warfronts and rallying all the allies in the Alliance Vs. Horde war. Check out the Battle for Azeroth overview, and the WoW Classic announcement  below.