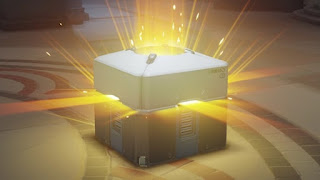 The UK Government will respond to a petition concerning some players that the use of Loot Boxes as gambling in video games after it gained significant public support. The online petition has accrued over 10,000 signatures.
Titled "Adapt gambling laws to include gambling in video games which target children", the appeal is asking for a reform in UK gambling law to include in-game mechanics like Loot Boxes, which "are targeted at children and vulnerable adults.” "While not currently considers gambling by law they do copy many traits to make them as addictive and can lead to real money being lost/earned. Gambling in video games mostly involves 'loot boxes' where players use virtual currency (often bought with real money) to earn in-game items often worth less than what they paid (sometimes more)"


The petition also refers to a recent law passed in China forcing publishers to display the odds behind loot boxes in games like Overwatch and Counter-Strike: Global Offensive. Thoughts ?
Posted by 9To5TechNews at 11:11 PM