WPA-2 Wi-Fi Encryption Has Been Hacked 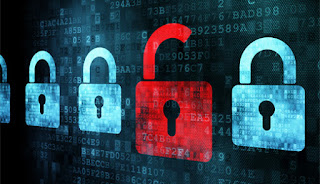 The encryption method used to protect most wireless networks -- Wi-Fi Protected Access II (WPA-2) -- has been hacked, and it has the possibility of affecting all major computer platforms. KRACK (short for "Key Reinstallation Attack")is the name of the flaw that has been exploited, and it makes it possible for those attacking a network to eavesdrop on any network traffic between an access point and a device.
At this point, Microsoft, Google and Apple have acknowledged the issue, with Microsoft releasing an update today that should take care of the issue in its flagship Windows operating system, while Google's Pixel devices will receive an update next month. Apple has said that the next batch of updates for there products will fix this issue.


Once operating systems are updated to protect users from the attack, most wireless routers and access points will also need to be updated to fully protect against KRACK. Note that in order for someone to make a KRACK attack, they need to be in close physical proximity to your home or office network, it cannot be done remotely. If your device doesn’t have an update coming you should get a supported router and make sure you’re using https in when going to a website. Stay safe out there folks.
Posted by 9To5TechNews at 10:48 PM