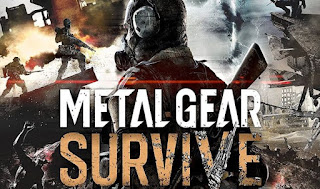 Konami has announced that Metal Gear Survive is releasing on February 20 in the US and February 22 in Europe on PS4 and Xbox One.
The game takes place shortly after Ground Zeroes, where members of Big Boss' base were sucked into a dimensional portal rather than dying in the ambush as Ground Zeroes and The Phantom Pain indicated. Four of the survivors find themselves in an other wordly wasteland and do their best to survive against zombie-like enemies. Konami has announced the exclusive pre-order extras for Metal Gear Survive, including weapons, a box accessory, and more. 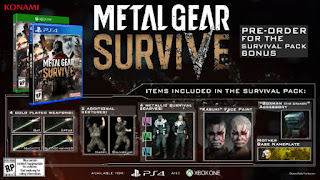