The Sims 4 Coming To PS4 And Xbox One In November 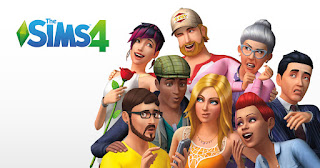 The Sims 4 is finally making its way to Xbox One and PlayStation 4 later this year after originally released in 2014 for PC. The game releases on November 17 and will have some of the updates seen on the PC version, but it’s unknown which content that includes. Pre-ordering the game will award players the Perfect Patio Stuff pack. There will also be a deluxe version of the game and a Deluxe Party Edition of the game. Pre-ordering either will allow you to start playing the game a few days earlier on November 14 and will include the Flaming Tiki Bar costumes. Check out the announcement trailer below.

Email ThisBlogThis!Share to TwitterShare to FacebookShare to Pinterest
Labels: EA, The Sims 4