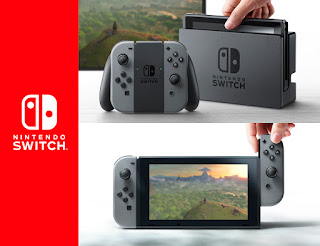 Nintendo has released financial results for a 3 month period ending in June 30, with the company announcing that 4.7 million Switch units have been sold worldwide. The company also has said it sold 3.92 million units of The Legend of Zelda: Breath of the Wild, 3.54 million units of Mario Kart 8 Deluxe, 1.22 million units of 1-2-Switch, and 1.18 million units of Arms. In total, all Switch software sold tallies up to 13.6 million units for the system. The biggest surprise to me is how many units Arms has sold, I mean the game just released back in June and it already sold 1 million units ? Kinda crazy for a new IP on a new system. Thoughts ?
Posted by 9To5TechNews at 11:55 AM