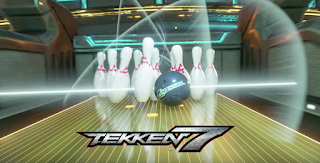 Bandai Namco has announced that the classic Tekken Bowl mode is making a return in Tekken 7. The game's latest DLC will add the mini-game, now called Ultimate Tekken Bowl, when it's released for PlayStation 4, Xbox One and PC in August. The upcoming add-on content will also include a new Costume Pack. Other info like pricing in unknown at this time.


UPDATE 8/29/17 - The bowling mode will release on August 31. The mode is included in the Tekken 7 season pass, though it can also be purchased separately. It is available on PS4, Xbox One, and PC.