Doomfist Is Now Available In The Overwatch PTR 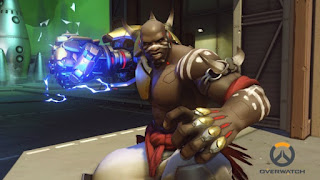 Doomfist is now live on the Overwatch PTR (public test region). Other than offering an opportunity for players to start getting to know the character and his powers, that news also means we can likely expect Doomfist to arrive in the actual live game at some point in the coming weeks, as while previous characters. Doomfist is an offense hero, joining the likes of Reaper, Tracer and Sombra in dealing damage and pushing forward on objectives. Doomfist uses cybernetics to maintain superiority on the battlefield. He wields a hand cannon at range, but he can also slam into the ground to knock enemies into the air. Doomfist also wields a Rocket Punch for some up-close melee destruction. His most devastating attack allows him to leap out of view and then slam into a large area using his Meteor Strike.