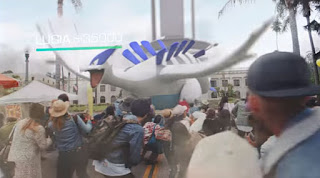 Niantic and The Pokemon Company are hosting the first Pokemon Go Fest this weekend in Chicago. Last week, the companies teased some info about the event, and now we've got some more. In short, it could mark the first time that players get to capture legendary Pokemon.
During Pokemon Go Fest, trainers at the event will try to capture special Pokemon during timed challenges. They'll be aided by the efforts of players worldwide, who can extend the length of bonuses for the attendees by capturing Pokemon of their own. If everything goes according to plan and the trainers meet their the quotas, they'll be able to participate in the first legendary Pokemon raid. If it's defeated, that Pokemon will start showing up in other legendary raid battles worldwide once the event is over.


If you do manage to participate in a legendary raid and capture the legendary Pokemon, you won't be able to use them at your favorite gym to help defend it.