Samsung's 2022 TV Lineup Will Include Stadia And GeForce Now 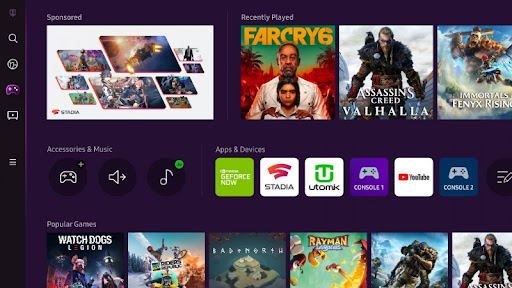 Samsung has announced that Stadia, Nvidia GeForce Now, and Utomik would be supported on their future 2022 televisions.

Samsung announced these new data and features in a press statement issued over the weekend at the Consumer Electronics Show. The Samsung Gaming Hub will be available on all of the TVs, allowing owners to access video game-related services such as Stadia and more.

“Powered by Tizen, the Samsung Gaming Hub is a new game streaming discovery platform that bridges hardware and software to provide a seamless player experience,” a press release reads. “Samsung also announced partnerships with leading game streaming services – Nvidia GeForce Now, Stadia, and Utomik, with more to come – to bring their full libraries of games to the Gaming Hub.”

This hub will be accessible on select Samsung smart TV models in 2022, according to Samsung.