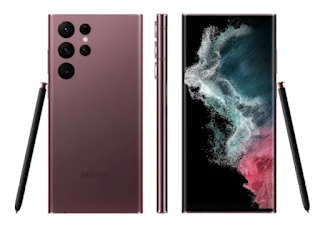 According to South Korea's Digital Daily, Samsung may reveal the much-anticipated Galaxy S22 during an Unpacked event on February 8th. "We have verified that the event will take place on February 8th, and we are now negotiating the time of invites to be given out at the end of January," a Samsung Electronics representative told the site. Pre-orders are expected to begin the next day, on February 9th, with shipment beginning the following day, on February 24th.

The Galaxy S22, S22 Plus, and S22 Ultra are believed to be the first three phones from Samsung. All three smartphones will, according to some of the numerous speculations floating about, feature extremely vivid screens. Meanwhile, the camera on the Galaxy S22 Ultra will have a "Super Clear Lens," according to Samsung.

Qualcomm's Snapdragon 8 Gen 1 CPU, apparently produced by Samsung, might be the main component. Outside of the United States, Samsung's Exynos 2200 processor, which uses AMD's RDNA 2 architecture and potentially allow ray tracing, may be used.