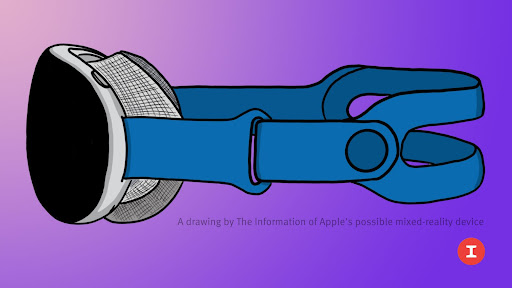 Apple's augmented reality/virtual reality headset will contain two "3P pancake lenses," which have a folded form that allows light to reflect back and forth between the display and lenses, according to analyst Ming-Chi Kuo in a letter to clients.

According to him, this design for the "Apple Glasses" might allow Apple to manufacture a smaller and lighter headgear. The expert also believes that the headset will be introduced this year, but that restricted numbers will be accessible until 2023 owing to imposed limits and other concerns.

Such a gadget will be a head-mounted display in the case of Apple Glasses. Alternatively, they might be designed to seem like "regular" spectacles. It's possible that it'll be accessible in both at some point. The Apple Glasses may or may not require an iPhone to function. According to some speculations, Apple Glasses will contain a custom-built Apple processor and a separate operating system called "rOS," which stands for "reality operating system."