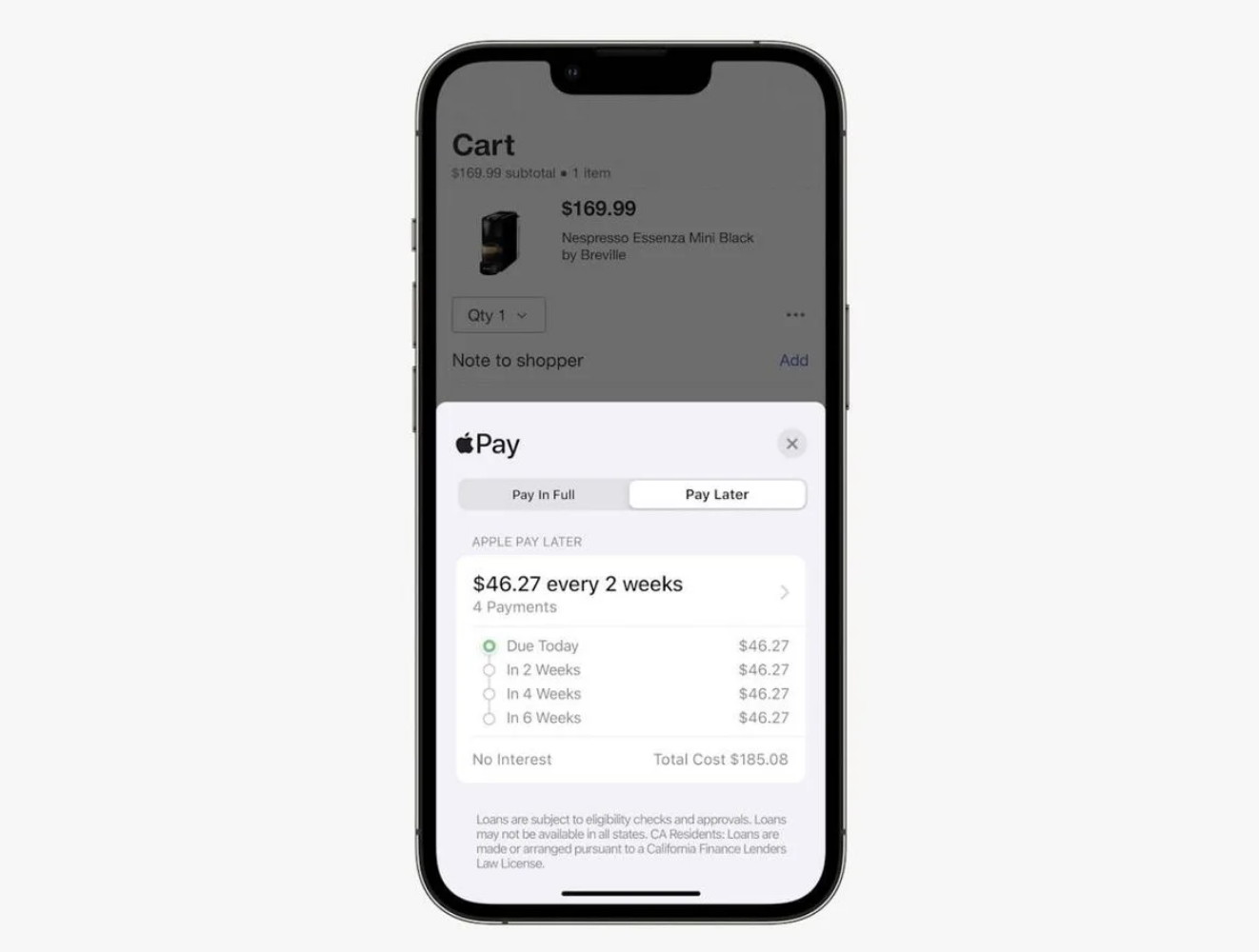 Apple Pay Later was one of the most exciting announcements associated with iOS 16 earlier this year. However, according to Mark Gurman's current Power On email, the service has been delayed until "later this year."

In June, Apple Pay Later was unveiled during the 2022 Worldwide Developer Conference. When it is released, it will allow consumers in the United States to divide the amount of an Apple Pay purchase into four equal payments spread over six weeks, with no interest or penalties.

However, Gurman claims that there is no definite evidence of when it will arrive. He argues that Apple Pay Later is one of numerous iOS 16 capabilities that were not included in the first release. But I believe there is more to this than meets the eye. Apple is quite cautious with their language, as you can see. Apple Pay Later is the only feature with no time frame among the almost half-dozen listed as coming later. Every other postponed feature is slated to arrive "later this year." This leads me to conclude that the corporation is unsure when Apple Pay Later will be available. It is probable that the functionality will not be available until iOS 16.4 in the spring.