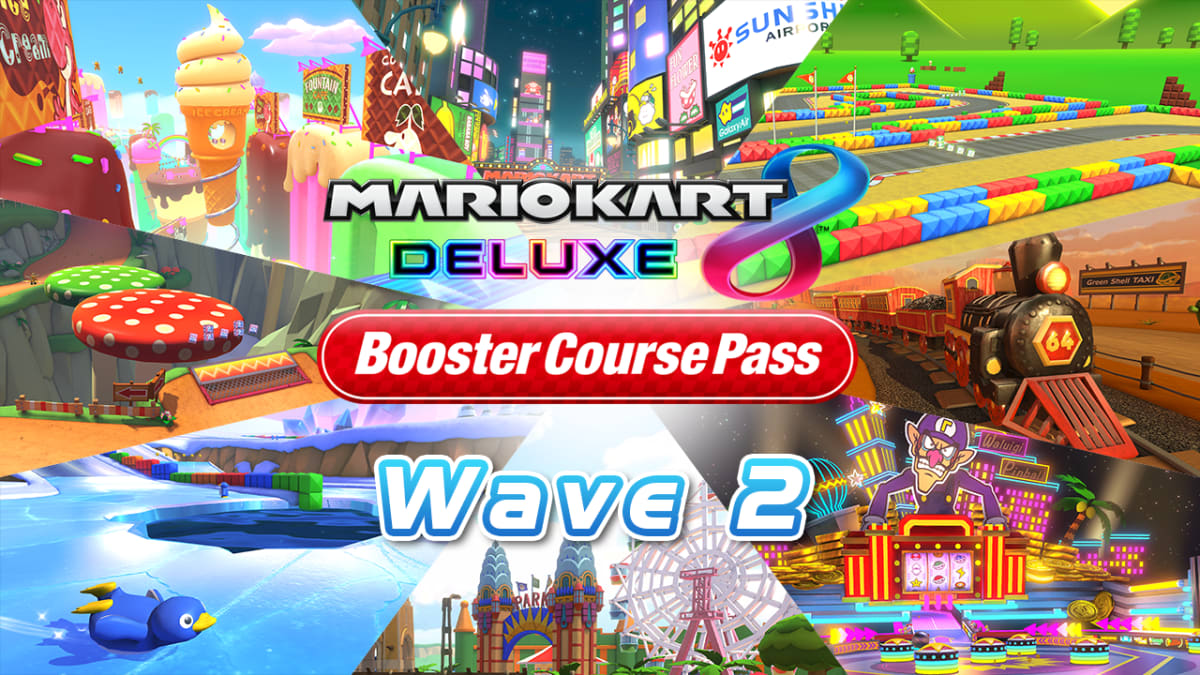 Rev up your engines, because eight more courses are making their way to the Mario Kart 8 Deluxe game with the Mario Kart 8 Deluxe – Booster Course Pass DLC for the Nintendo Switch system on August 4. Wave 2 features the delightfully sweet Sky-High Sundae course, which makes its first appearance in the Mario Kart series! Plus, you can marvel at the neon lights of New York Minute from the Mario Kart Tour mobile game and careen around a giant pinball machine in the DS Waluigi Pinball course, just to name a few. To see all the Wave 2 courses in action, check out an overview trailer here: https://mariokart8.nintendo.com/booster-course-pass/.

Wave 2 includes the Turnip Cup and the Propeller Cup, with fast and familiar courses appearing from the Mario Kart series across the Super NES, Game Boy Advance, Nintendo 64, Nintendo DS, Wii and Mario Kart Tour games. Each course can be played locally or online. Cups are divided as follows:

Gas up your karts and put on a new set of tires, Wave 2 of the #MarioKart 8 Deluxe - Booster Course Pass arrives 8/4!

Available to Nintendo Switch Online + Expansion Pack members at no additional cost, or on its own as paid DLC.https://t.co/n63HADbIyQ pic.twitter.com/jk2oEJhLFT