macOS Ventura Will Have A Stage Manager Feature, As Well As The Ability To Use An iPhone As A Webcam 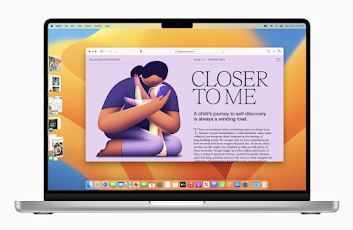 Apple has previewed macOS Ventura, the latest version of the Mac’s operating system. It adds a Stage Manager feature, the ability to use an iPhone as a webcam, and more.

Stage Manager gives Mac users a new way to stay focused on the task in front of them while switching between apps and windows. Continuity Camera can now uses iPhone as the webcam. With Handoff coming to FaceTime, users can start a FaceTime call on their iPhone or iPad, and pass it over to their Mac. Mail and Messages come with new, while Safari promises a “passwordless future with passkeys.”

Stage Manager automatically organizes open apps and windows so users can concentrate on their work and still see everything in a single glance, according to Craig Federighi, Apple’s senior vice president of Software Engineering. The current window users are working in is displayed prominently in the center, and other open windows appear on the left-hand side so they can witch between tasks. Users can also group windows together when working on specific tasks or projects that require different apps. Stage Manager works in concert with other macOS windowing tools — including Mission Control and Spaces — and users can now get to their desktop with a single click.

Apple Devices Working Together with Continuity

Continuity Cameranow gives Mac customers the ability to use their iPhone as a webcam. With the power of Continuity, Mac can automatically recognize and use the camera on an iPhone when it’s nearby — without the need to wake or select it. The smartphone can even connect to Mac wirelessly for greater flexibility. 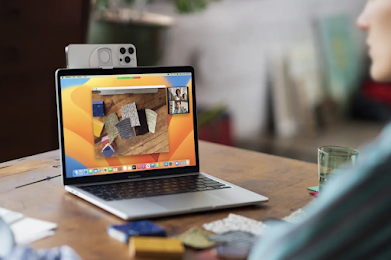 Continuity Camera delivers innovative features to all Mac computers including Center Stage, Portrait mode, and the new Studio Light — an effect that beautifully illuminates a user’s face while dimming the background, says Federighi.

Plus, Continuity Camera taps into the Ultra Wide camera on iPhone to enable Desk View, which simultaneously shows the user’s face and an overhead view of their desk. Handoff now comes to FaceTime, allowing users to start a FaceTime call on one Apple device and seamlessly transfer it to another Apple device nearby. Users can be on a FaceTime call on iPhone or iPad, then move the call to their Mac with just a click, or start a call on their Mac and shift to iPhone or iPad when they need to continue on the go.

Browsing in Safari is purportedly even safer with passkeys, next-generation credentials that are more secure, easy to use, and designed to replace passwords. Passkeys are unique digital keys that stay on device and are never stored on a web server, so hackers can’t leak them or trick users into sharing them.

Apple says passkeys make it simple to sign in securely, using Touch ID or Face ID for biometric verification, and iCloud Keychain to sync across Mac, iPhone, iPad, and Apple TV with end-to-end encryption. They will also work across apps and the web, and users can even sign in to websites or apps on non-Apple devices using their iPhone.

Apple says the power of Apple silicon enables every new Mac to run AAA games with ease, including upcoming titles such as EA’s GRID Legends and Capcom’s Resident Evil Village. And since Apple silicon also powers iPad, game developers can bring their AAA games to even more users, like No Man’s Sky from Hello Games, which is coming to both Mac and iPad later this year. 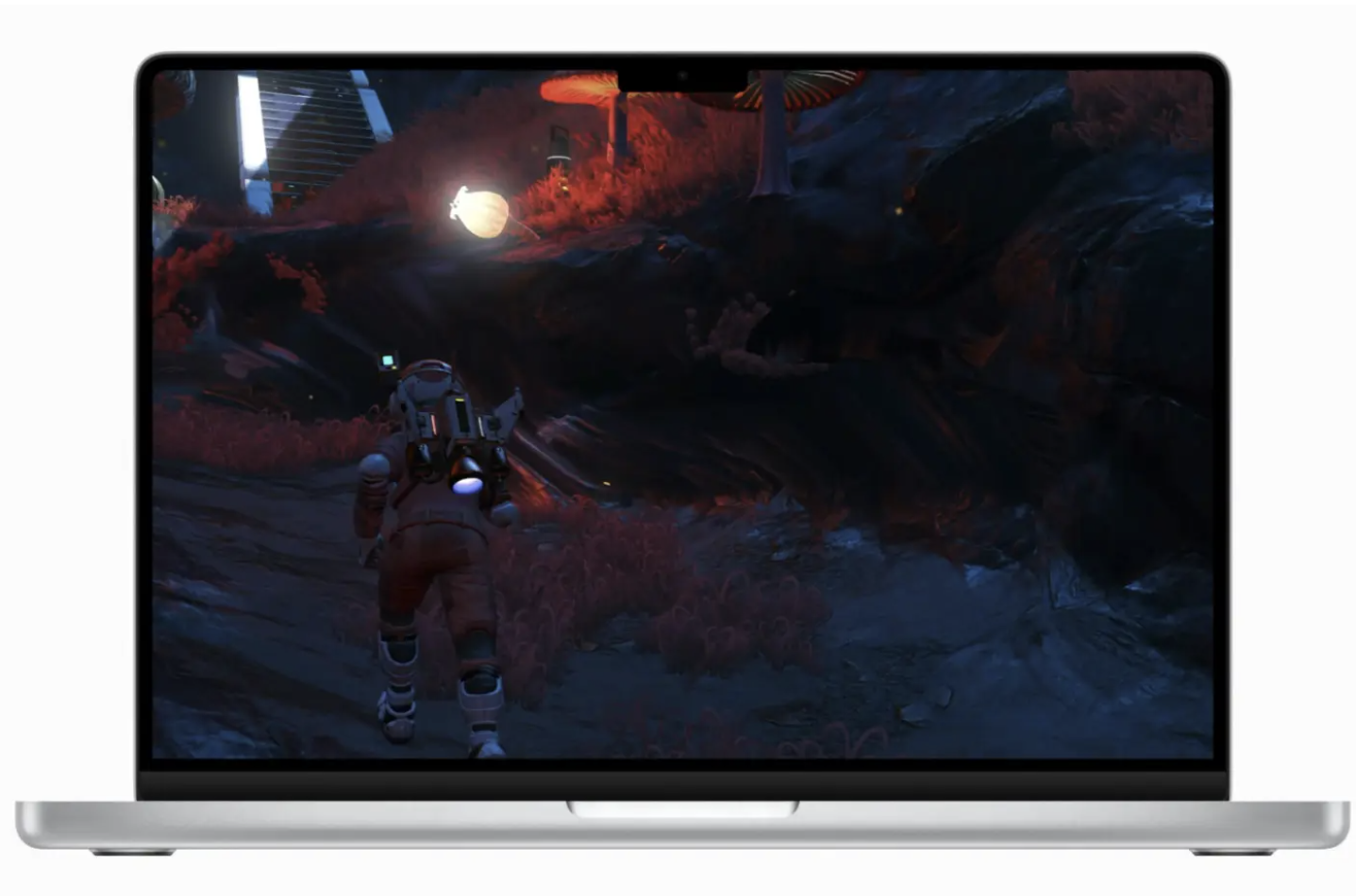 Apple says the result is accelerated performance that provides gamers with a more responsive feel and graphics that look stunning. Game developers also benefit from a new Fast Resource Loading API [application programming interface] that minimizes wait time by providing a more direct path from storage to the GPU, so games can easily access high-quality textures and geometry needed to create expansive worlds for realistic and immersive gameplay.

For more information, including compatible Mac models, visit apple.com/macos/ventura-preview. Features are subject to change. Some features may not be available in all regions or languages.