Here’s What Comes In Each Edition For Call of Duty: Modern Warfare 2 (2022) And How Much They Cost

Call of Duty: Modern Warfare 2 will be released on October 28, 2022 for the PlayStation 5, PlayStation 4, Xbox Series X|S, Xbox One, and PC. It has a campaign, a co-op special ops mode, and online multiplayer, as well as tons of free online content planned for the future.

Pre-orders for Modern Warfare II are now available. Below is a complete breakdown of what each edition includes and more.

This year, there are no last-gen variants. There is a PS5-specific version, as well as a cross-gen package that includes both the PS4 and PS5 versions for the same price. The Xbox version is only available as part of a cross-generation package($69). 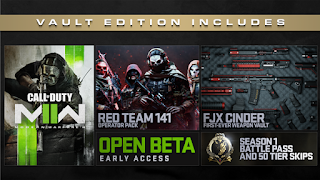 The vault edition costs $30 more than the cross-gen version and includes the following extras ($99): 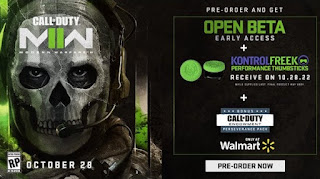 You'll gain early access to the open beta if you preorder Call of Duty: Modern Warfare II. The open beta dates have yet to be revealed. If you preorder from Walmart, you'll get receive a pair of performance thumb-sticks to attach to your controller.