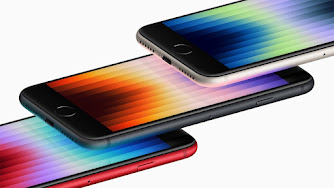 Apple unveiled the new iPhone SE. Its improvements include an increase in the performance of the A15 Bionic CPU.

According to Apple, this enables improved camera capabilities and accelerates tasks ranging from picture processing to power-intensive operations such as gaming and augmented reality. The new iPhone SE also has 5G connectivity, a longer battery life, and increased durability.

Customers in Australia, Canada, China, France, Germany, India, Japan, the United Kingdom, and more than 30 other nations and regions will be able to pre-order the iPhone SE beginning at 5 a.m. PST on Friday, March 11, with availability commencing on Friday, March 18.