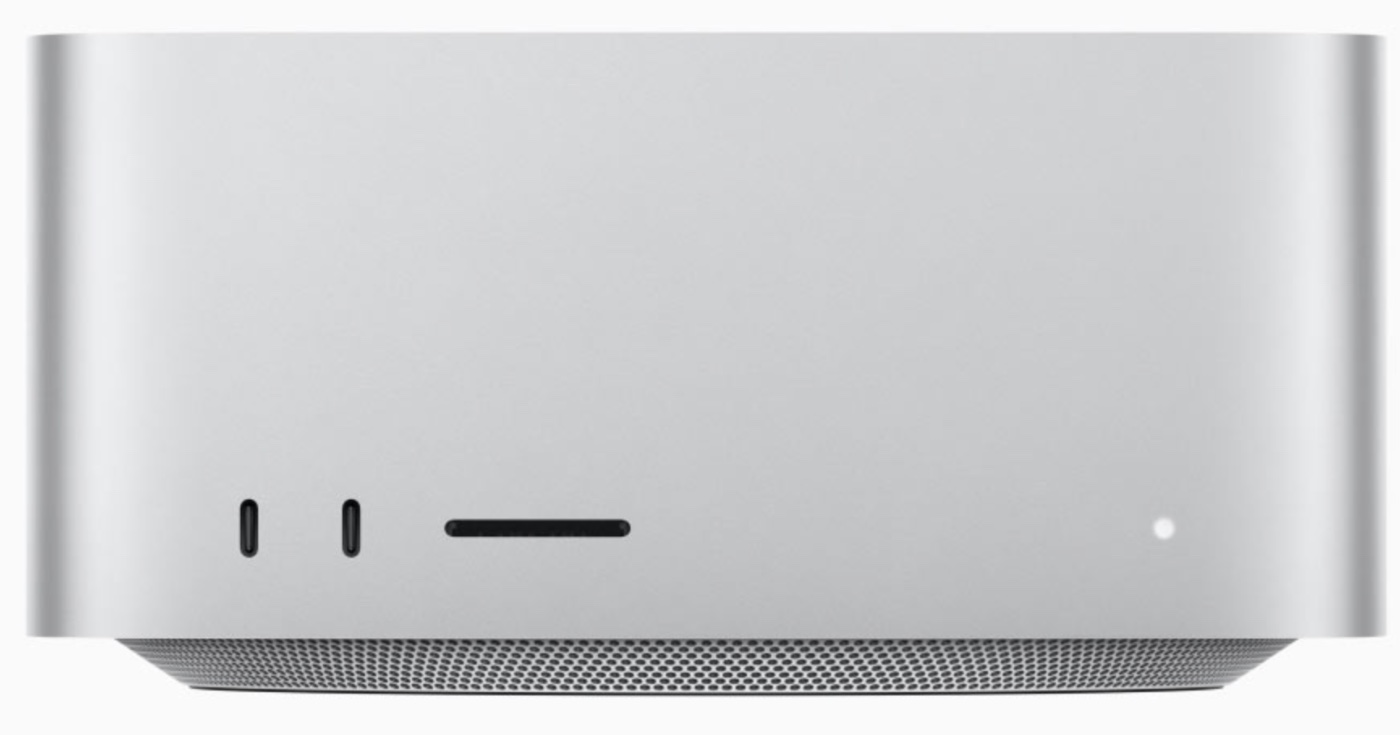 Apple has unveiled the Mac Studio, a new Mac desktop that resembles a cross between a Mac mini and a Mac Pro. It's powered by the M1 Max and Apple's new M1 Ultra processors.

Apple describes the latter as the "world's most powerful processor for a personal computer." Mac Studio is built from a single aluminum extrusion and has a square footprint of 7.7 inches and a height of 3.7 inches, allowing it to fit under most screens. It also has a unique thermal design.

The enclosure's innovative system of double-sided blowers, perfectly arranged airflow channels, and over 4,000 holes on the back and bottom route air through the interior components and assist cool the high-performance CPUs. Because of the efficiency of Apple silicon, Mac Studio is said to be silent even under heavy workloads.

The Mac Studio has four Thunderbolt 4 connections for connecting displays and high-performance devices, a 10Gb Ethernet port, two USB-A ports, an HDMI port, and a pro audio jack for high-impedance headphones or external amplified speakers on the rear. Wi-Fi 6 and Bluetooth 5.0 are also included. 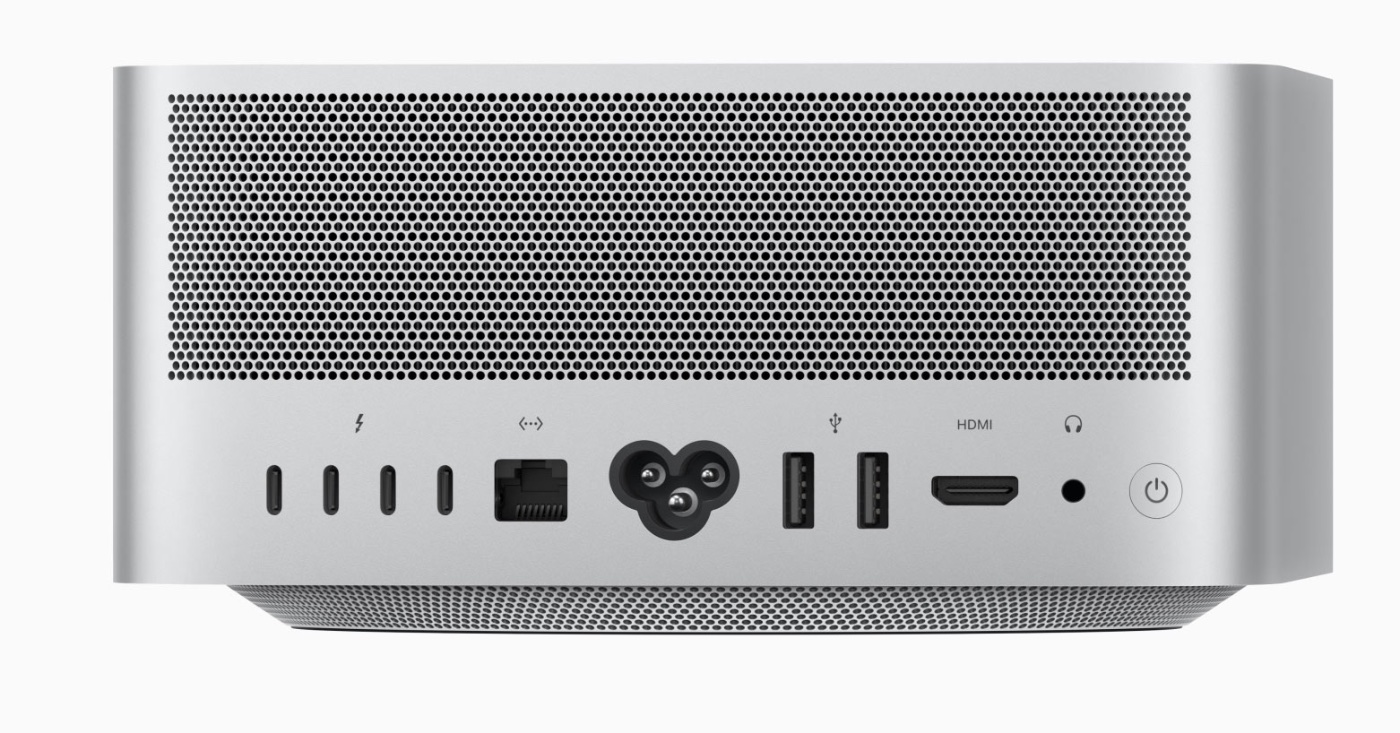 The Mac Studio even has front-facing connectors. There are two USB-C ports, one on the M1 Max that supports 10Gb/s USB 3 and the other on the M1 Ultra that supports 40Gb/s Thunderbolt 4. On the front, there is also an SD card slot for importing images and videos. And Mac Studio supports a wide range of displays, including up to four Pro Display XDRs and a 4K TV, totaling approximately 90 million pixels.

The new Mac Studio is now available for purchase at apple.com/store and through the Apple Store app. Customers will be able to purchase them beginning Friday, March 18, at certain Apple Stores and Apple Authorized Resellers.

The M1 Ultra builds on Apple’s M1 Max and features a new “UltraFusion” architecture that interconnects the die of two M1 Max chips, creating a system on a chip (SoC)  consisting of 114 billion transistors, the most ever in a personal computer chip. According to Apple: