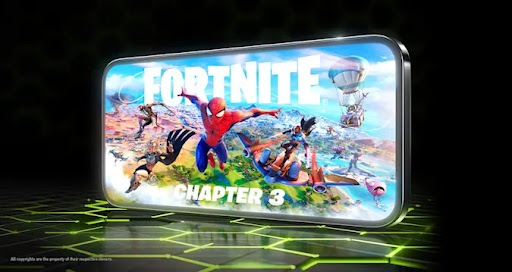 For the past 17 months, Fortnite has been unavailable in Apple's App Store and Google Play Store. While the game isn't anticipated to return to either shop anytime soon, it appears that gamers will be able to visit the island on their phones and tablets again shortly. NVIDIA and Epic Games have collaborated on a mobile version of the battle royale that can be accessed via GeForce Now.

A limited-time closed beta will begin testing server capacity, graphics delivery, and touch controllers. NVIDIA has begun accepting registrations, and users will be granted access to the test in stages over the coming weeks. To participate, you do not need to have a paid GeForce Now subscription. If you get a slot, you'll be able to play Fortnite on iOS with Safari and on Android with the GeForce Now app. The beta has yet to have an end date established by NVIDIA and Epic.