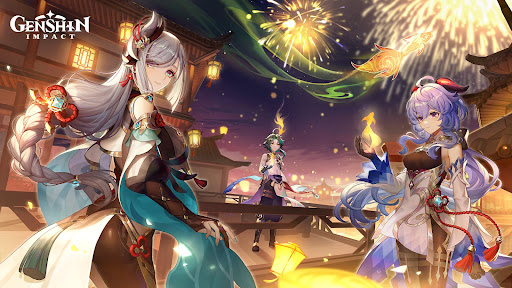 The 2.4 update for Genshin Impact, Fleeting Colors in Flight, will be released next week on January 5th. The new location Enkanomiya, as well as two new characters, Shenhe and Yunjin, are among the many additions in this patch. Intertwined Fates may be used to draw characters and things via gacha, uncover new cosmetic ensembles, and acquire characters like Xiao, Ganyu, and Zhongli who aren't always accessible in rotation.

The Lantern Rite festivities (now locked in as an annual event) are included in this release, as well as a new event called Enchanting Journey of Snow. If you haven't previously taken part in one of these web events, they may be played straight in your browser and frequently merely deposit the prizes into your account once you complete some conversation or easy mini-games that further the Genshin world and narrative.