SharePlay Won’t Be Apart Of The Initial Release Of macOS Monterey, iPadOS 15 And iOS 15 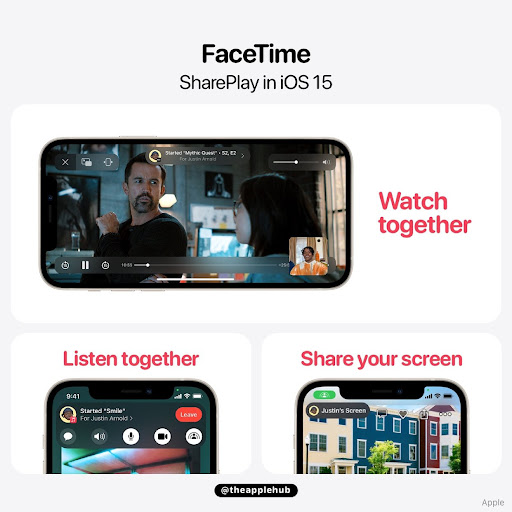 “SharePlay has been disabled for use in the developer beta 6 versions of iOS 15, iPadOS 15, and tvOS 15, and will be disabled in the upcoming beta 6 release of macOS Monterey,” Apple says. “SharePlay will also be disabled for use in their initial releases this fall. SharePlay will be enabled for use again in future developer beta releases and will launch to the public in software updates later this fall. Your team can continue developing SharePlay support for your apps by installing this development profile.

Here’s how Apple described SharePlay when it was announced at June’s Worldwide Developer Conference: Users can now share experiences with SharePlay while connecting with friends on FaceTime, including listening to songs together with Apple Music, watching a TV show or movie in sync, or sharing their screen to view apps together. SharePlay works across the iPhone, iPad, and Mac. With shared playback controls, anyone in a SharePlay session can play, pause, or jump ahead.

What’s more, SharePlay extends to Apple TV, so users can watch shows or movies on a big screen while connecting over FaceTime. SharePlay will keep everyone’s playback in sync. Disney+, ESPN+, HBO Max, Hulu, MasterClass, Paramount+, Pluto TV, TikTok, Twitch, and many others are integrating SharePlay into their apps — creating entirely new ways to connect.