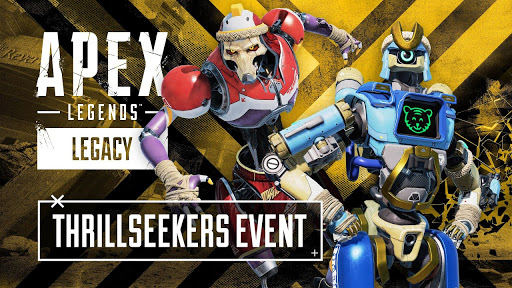 A new event is coming to Apex Legends that focuses on Arenas. Not only will there be a new map to play on, there will also be weekly challenges to unlock exclusive cosmetics for legends as well as firearms.

The Thrillseekers Event adds the perilous lava-pumping factory: “Overflow.” As the post on the official website says, “The floor is lava! Well, some of it, anyway.” Overflow is different from other battlefields because it prioritizes lanes. And with larger mechanical pillars, small rooms, and looming structures obstructing numerous sightlines, it can be hard to capitalize on early mistakes.

Unlockables will be distributed by way of weekly reward tracks. Week 1 is all about claiming that new legendary Rampart skin, Week 2 grants Battle Pass boosters and apex packs, and Week 3 comes with a new Bangalore cosmetic. As long as you’re playing Arenas, you’re guaranteed to build enough reward points to claim all of the collectibles. The Thrillseekers Event kicks off on July 13 and ends on August 3. The “Summer Splash Sale” ends on July 27.