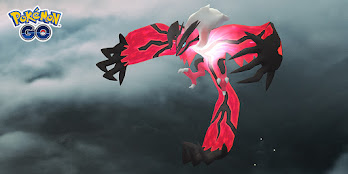 The official Pokemon GO blog has revealed a special event coming to the game. The company has already announced Xerneas’s recent arrival in Pokemon GO and now its preparing to unleash the Legendary Pokemon Yveltal in the Luminous Legends Y event. The special event will also see Dark-type Pokemon springing up more often the wild and you will also see Pancham hatching from Strange Eggs. Here’s what you need to know direct from the official Pokemon GO blog:

During the second week of Luminous Legends Y, the focus will shift to Fairy-type Pokémon and Eevee. Why, exactly? Because Sylveon will be making its Pokémon GO debut! The Intertwining Pokémon is an Evolution of Eevee first discovered in the Kalos region. There’s a Galarian fairy tale that describes a beautiful Sylveon vanquishing a dreadful dragon Pokémon—making Sylveon the perfect Pokémon to appear at the end of this dark-themed event. Look forward to this Fairy-type vanquisher of darkness, dread, and dragons during Part 2 of Luminous Legends Y!

Regardless of whether those rewards are unlocked, Trainers all around the world can look forward to the following during the second week of Luminous Legends Y.