Leon, Jill And Nemesis From Resident Evil Are Coming To Day by Daylight 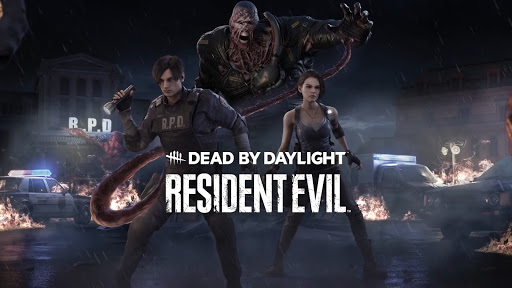 Leon S. Kennedy and Jill Valentine will join the lineup of survivors in Dead by Daylight. There will also be a new killer as well in the form of Nemesis. Nemesis can employ a tentacle for a ranged attack. If he hits a survivor with it, they become infected with the T-Virus. The more Nemesis infects the survivors, the stronger he gets as the reach of his tentacle increases. Infected survivors also cough and it's easier for Nemesis to find them. Survivors can counter the T-Virus with vaccines that are scattered across the maps.

Nemesis will also be able to deploy zombies to attack the survivors. They're the first AI-powered enemies to join Dead by Daylight and they'll offer players a new challenge. The zombies can infect survivors with the T-Virus as well.

Jill and Leo bring new abilities to the game. Jill can place landmines on generators that explode when the killer tries to sabotage them. Leon, meanwhile, can spawn flashbangs on the map, which can be use to distract or temporarily blind the killer. Along with Nemesis, Jill and Leon, a fresh map is on the way. It's based on the Raccoon City Police Department from the Resident Evil 2 and Resident Evil 3 remakes.

The Resident Evil chapter DLC pack will be available on June 15th for $12. You can also try out the chapter on the current Player Test Build.