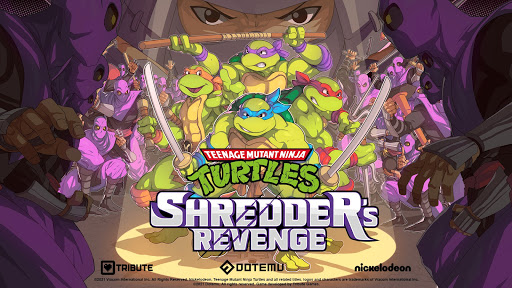 Dotemu, the team behind Streets of Rage 4, has announced Teenage Mutant Ninja Turtles: Shredder’s Revenge. It’s a brawler which uses pixel art to depict everyones favorite ninja turtles. The company hasn’t announced a release date for the game, but they have released a new trailer showcasing the game in action.

“Teenage Mutant Ninja Turtles: Shredder’s Revenge features groundbreaking gameplay rooted in timeless classic brawling mechanics, brought to you by the beat ’em up experts at Dotemu (Streets of Rage 4) and Tribute Games. Bash your way through gorgeous pixel art environments and slay tons of hellacious enemies with your favorite Turtle, each with his own skills and moves – making each run unique! Choose a fighter, use radical combos to defeat your opponents and experience intense combats loaded with breathtaking action and outrageous ninja abilities. Stay sharp as you face off against Shredder and his faithful Foot Clan alone, or grab your best buds and play with up to four players simultaneously!

Get ready to kick shell across Manhattan with Leo, Raph, Mikey, and Donnie to defeat the Foot Clan!