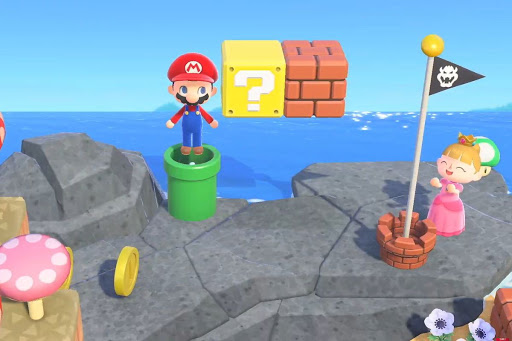 In part of the Super Mario Bros 35th Anniversary, Nintendo will be bringing Mario themed items to Animal Crossing: New Horizons. You can even use warp pipes to travel between locations on the island. Super Mario items will be available in Animal Crossing New Horizons from March 1st. A free update will come to the game on February 25th.

[Announcement]#SuperMario Bros. themed furniture and fashion items are coming to #AnimalCrossing: New Horizons! After downloading the free update on 2/25, a variety of #SuperMario Bros. items will be available in Nook Shopping starting 3/1. #NintendoDirect #SuperMario35 pic.twitter.com/ehzShpA8Xh