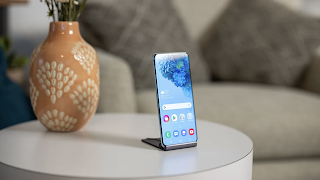 The telephoto camera has also seen a big upgrade as it’s now using a 48MP image sensor with a “folded lens.” The results of this new zoom technology are a 10x “lossless zoom” and 100x space zoom. The Galaxy S20 Ultra comes with Qualcomm’s latest Snapdragon 865 processor plus 128GB of storage and 12GB of RAM in the base configuration. Additionally, this smartphone will come with 5G radios as a standard feature and a 5,000mAh battery. All of this flagship experience comes at a high premium though as the Samsung Galaxy S20 Ultra starts at $1,399. Preorders begin on February 21 and the phone will be available starting on March 6th.

The Galaxy S20 and Galaxy S20+ have seen very similar spec upgrades as the S20 Ultra. For starters, the Galaxy S20's 6.2-inch screen and the Galaxy S20+'s 6.7-inch screen utilize Samsung's new 120Hz displays complete with the 240Hz touchscreen polling rate. These phones are also able to shoot 8K video and will be able to connect to 5G networks like the Galaxy S20 Ultra. You’ll only get a 12MP wide-angle camera on the two regular Galaxy S20 phones, but at least the telephoto camera is nice and sharp with a 64MP sensor. 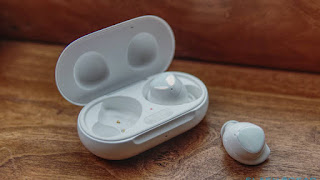 Last but not least, Samsung also announced the Galaxy Buds+. The headphones have seen is a dramatic boost in battery life that now nets you 11 hours of playtime on both the earbuds themselves and the case. Compared to last year’s Galaxy Buds, which only had six hours of battery life on the buds with an additional seven hours in the case, you’re looking at about double the amount of playtime.