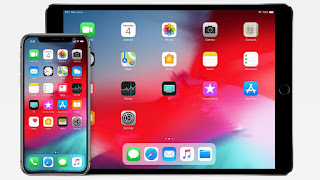 An iOS researcher (known as @asi0mX on Twitter) has announced the release of a new iOS exploit named checkm8 that claims to have serious consequences for iPhone, iPad and Apple Watches.

According to the tweet, this exploit is a “permanent un-patchable bootrom exploit,” capable of affecting devices from iPhone 4S up to the iPhone X and various iPad, Apple Watch and Apple TV models. The devices that are vulnerable to checkm8 are purportedly the following: iPhones from the 4s up to the iPhone X, iPads from the 2 up to the 7th generation, iPad mini 2 and 3, iPad Air 1st and 2nd generation, iPad Pro 10.5-inch and 12.9-inch 2nd generation; Apple Watch Series 1, Series 2, and Series 3, Apple TV third generation and 4k, iPod Touch fifth generation to seventh generation. Malwarebytes Labs has posted a blog about this and says the implications of this exploit are serious.
"Apple will not be able to patch this in software updates, and only purchasing a whole new, updated device would fix the problem,” says Malwarebyte Labs. “Additionally, though checkm8 is not a remote exploit (meaning that a hacker would have to be physically holding your device to hack it), devices do not need to be unlocked to use this exploit.”