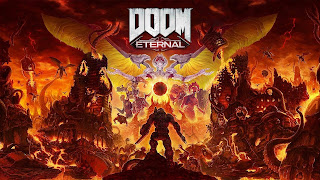 id Software has announced that Doom Eternal will be delayed. The game is now expected to launch on March 20, 2020 on Xbox One, PS4, and PC. The Switch version is slated for a future release with no specific date and time given.

In addition to the delay news, the account stated that Invasion mode is going to be a free update shortly after launch. Invasion mode lets players hop into other people's games as a demon. Also Doom 64 (which was originally set to realize only release for Nintendo Switch) is now a pre-order bonus for Doom Eternal.