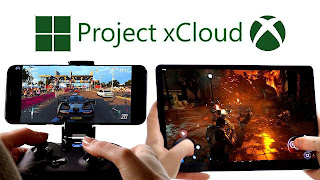 Microsoft has announced that it will be inviting players who live in the United States, United Kingdom, and Korea to test out its game streaming service, Project xCloud this October. Microsoft employees have already been using Project xCloud and playing titles like Crackdown 3, Destiny 2, Sea of Thieves and Gears 5.

Those interested in the United State and United Kingdom can register here while those in Korea can register here. Invites will be sent out in the "coming weeks," and while the initial pool of participants will be smaller, Microsoft will continue to open it up to "more and more gamers."

Halo 5: Guardians, Gears 5, Killer Instinct, and Sea of Thieves will all be available at the start of the Project xCloud public preview, with more games being added in the future. All games during the preview will be free and no purchasing will be necessary.

To participate, you will need a phone or tablet running Android 6.0 or higher with Bluetooth 4.0, a Microsoft account, and a Bluetooth-enabled Xbox One Wireless Controller. Games will be available through the new Microsoft Game Streaming app which will be available in "the coming weeks for Android devices." As for how long this will last, the Project xCloud preview will "continue until customers are consistently reporting a great, fun experience and the technology meets our internal quality standards."