Riot Games Is Working On A Fighting Game 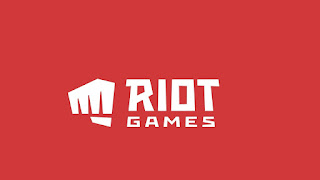 Durning Evo 2019, founder and Riot employee Tom Cannon confirmed Riot is working on a fighting game. Calling it "the worst-kept secret in the universe," Cannon revealed the news at Evo. "I can confirm we are working on a fighting game for Riot," he said excitedly. This would be Riot's first big project since the launch of League of Legends.
Cannon quickly followed up the announcement by saying, "The reason we did Rising Thunder in the first place was because we felt like fighting games deserve to be enjoyed by way more people. As big as things are, we think they have the potential to get bigger."
While no specifics were revealed about the game, it's great to see the project confirmed. Hopefully, this means more details will come soon.


Breaking: EVO founder and Riot employee Tom Cannon has confirmed the worst kept secret in gaming - Riot is officially working on a fighting game, the first game outside of League of Legends for Riot pic.twitter.com/P3BGaVs4u4
— Rod Breslau (@Slasher) August 2, 2019