Sigma Is The 31st Hero For Overwatch 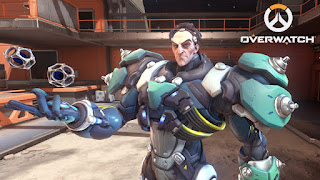 Blizzard has announced the 31st hero for Overwatch, the newest tank named Sigma.
The Dutch astrophysicist and professor, Siebren de Kuiper suffered "serious psychological damage" during an experiment gone wrong. Deemed a threat to humanity, Sigma was locked up in a secret government facility before the terrorist group Talon freed him years later and deployed him as a weapon.
You can try out Sigma now on the public test realm (PTR) for PC. He'll arrive in the full game on PC and consoles later, likely within the next few weeks.